I'll discuss ten interesting facts about the Queen of England, including her preferences, tastes, and personal rules.

Princess Kate has been photographed wearing wedges on several occasions. But she did not do so in front of the Queen. 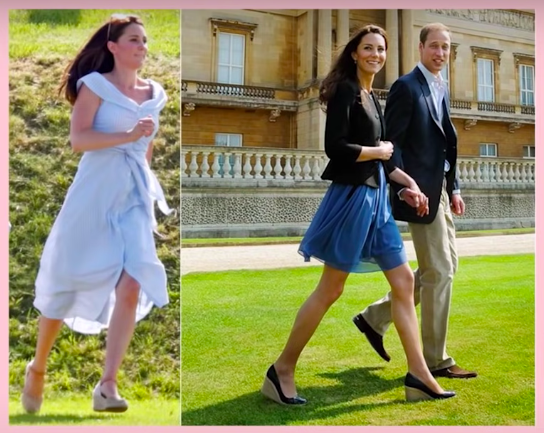 Wedges, on the other hand, can be a great alternative to heels when attending a grass-based event. Assume you're going to a picnic or a golf club. For obvious reasons, it is preferable to wear wedges rather than heels when walking on grass.

Launer is her favorite bag designer. They make longer handles specifically for her so she can carry her handbag on the forearm of her left hand. The Queen communicates with her aides by transferring the bag from one forearm to another, indicating that she is tired of conversing with that person.

She also puts the bag on the dinner table when she wants to leave. This is against dining etiquette because you are not supposed to place the bag on a table. But she breaks this rule on purpose to show that she is tired and wants to leave.

She wears it on her forearm on her left hand, leaving her right hand open or available for a wave, handshake, or formal greeting. If you look at her images, you'll notice that she's holding this bag in her forearm's left hand. I demonstrated this in one of my YouTube videos, my bag collection. If you haven't seen that video yet, you should.

Despite her colorful outfits, Queen frequently wears a black pair of shoes with a black Launer bag. 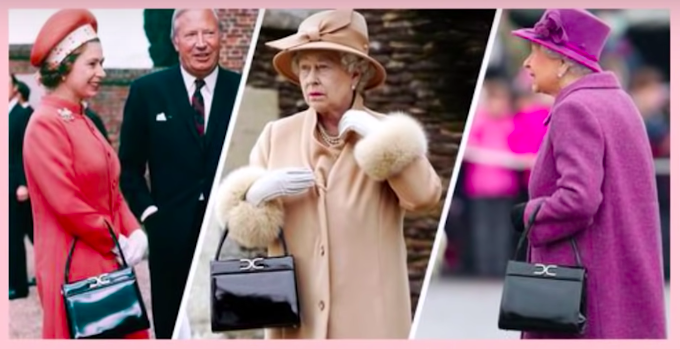 When it comes to bags, she usually has very small ones. When you look at the picture, you wonder what she has in her bag. What exactly is in the queen's bag?

A bag holder is one of the most important items in it that is always present. A bag holder is a foldable crook that can be attached to a table and used to hang your bag from. I actually demonstrated it in my dining etiquette YouTube video.

Queen's umbrella is almost always the same color as her outfit, and her favorite umbrella designer is Fulton.

The shoes are broken in by the Queen's employees before she can wear them. They wear them on the carpet to protect the soles of the shoes while still making them wearable and comfortable for the queen.

Queen enjoys wearing bright colors and can be seen in a variety of bright colorful outfits. This is done on purpose in order for her to stand out from the crowd. She allegedly once said that if she wore a beige, nobody would notice her in the crowd. Maybe there's something to it. In fact, no one who meets the queen should outdo her in terms of outfit color. 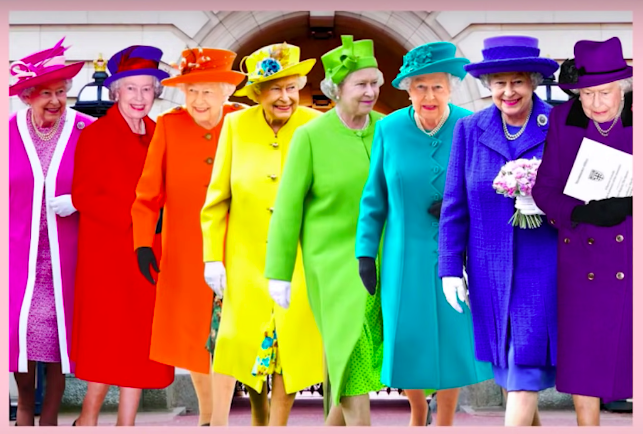 There is a photo of Lady Gaga meets the Queen for the first time, and she is dressed in a bright red gown. This is a very gross faux pas. 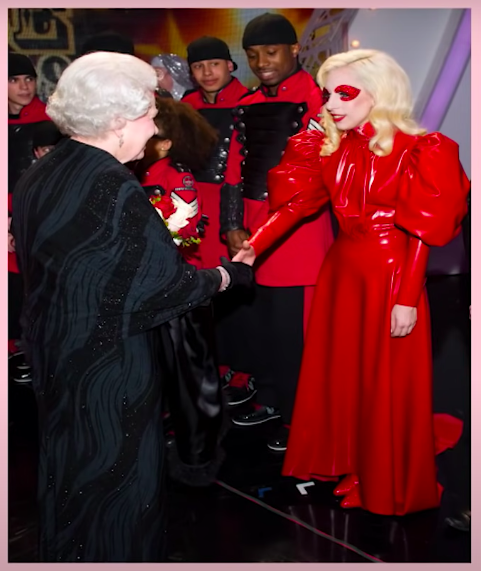 Because the Queen despises garlic, you should never expect anything with garlic to be served at a royal reception.

Only the Queen is permitted to drive a car without a license or plates. Yes, Queen can drive a car! She actually enjoys doing it. There are numerous images of her driving, and she appears to enjoy it.

According to Dara Mccarthy, Queen enjoys a cup of Earl Green tea with an egg cucumber and salmon sandwich and a chocolate biscuit cake for afternoon tea.

I've actually done two YouTube videos on afternoon tea, one of which was filmed over four seasons and discusses the rules and etiquette norms of the afternoon tea ceremony. The second video demonstrates how to host your own afternoon tea party at home.

I hope you enjoyed learning interesting facts about the Queen of England!